A moral victory for America: Joe Biden has secured the 270 electoral votes needed to become the 46th President of The United States of America. Analysis and updates of the election’s unfolding is next. President Trump’s dangerous and inaccurate response to the election results as they were coming in has even some Republicans — and (obviously) Democrats — condemning his actions. President-elect Biden claims he has already begun work on his administration and insists on the importance of a free, fair, and fully counted election. What can the current President do in a legal setting to try and prove his point, what precedent does contesting election results set in America, what will a Biden/Harris administration look and feel like, and what is going to happen next? 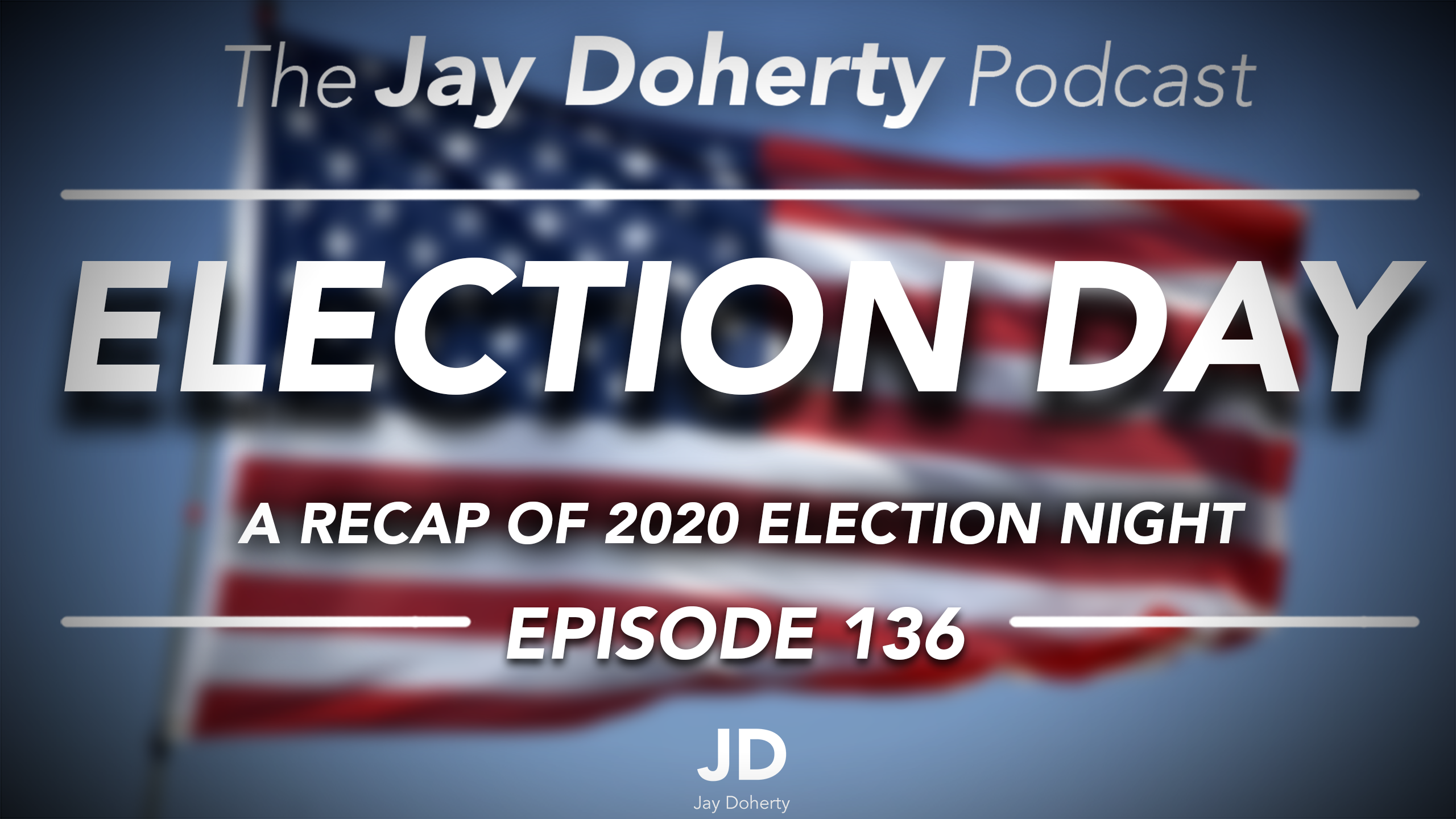 Election day is finally here! Americans go to the polls as Republican President Donald Trump and former Democrat Vice President Joe Biden compete for the Presidency of The United States. State by state, the numbers will be dissected in today’s recap and partial rebroadcast of The JD Media Network’s Live Election night coverage… here on episode 136 of The Jay Doherty Podcast.