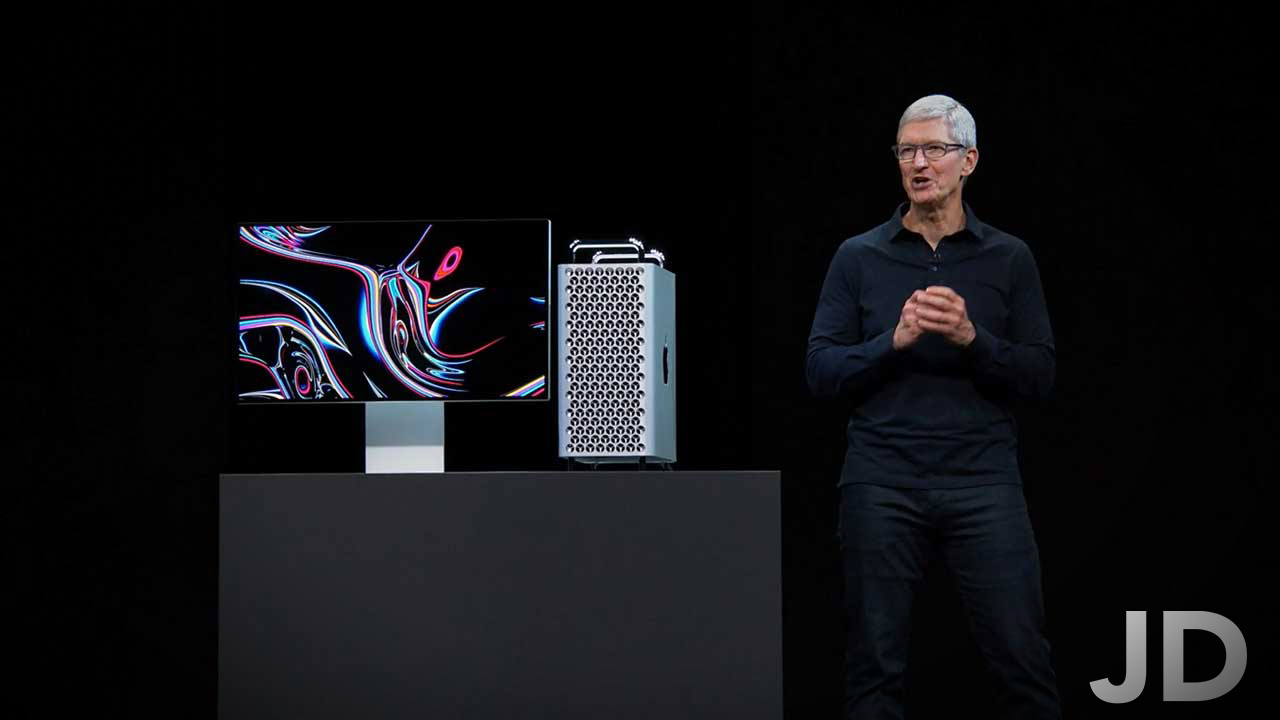 The annual Worldwide Development Conference was just held by Apple in San Jose, California where the tech giant announced major new updates to software and hardware.

There was big news for Mac both in the hardware and software department. First, software… there is a lot of news pertaining to software as there always is at these types of conferences.

Recently, all of the major Mac software updates have been named after large places in California such as Sierra, High Sierra, Mojave, etc. The brand new edition of MacOS is titled: “MacOS Catalina”.

Catalina is packed with new practical updates that are “inspired by pros but designed for everyone”. For example, an updated Maps application gives more detail about the institutions and buildings around the world. Additionally, Apple made the bold decision of dismantling iTunes into 3 individual apps. These apps are Apple Music, Apple Podcasts, and Apple TV. This new change begs the question: how can I backup my devices directly to my drive if iTunes doesn’t exist anymore?

Well… the answer is quite simple; Finder. Finally, finder is integrated into the iOS and Mac backup platform and acts as the hub for hard disks, backups, and so much more. As shown in the keynote, finder, iTunes, and many other apps received a fresh redesign to match the contemporary look of more recent apps in the system.

The Kicker: A new Mac Pro.

Finally, Apple has released a new version of the very outdated “trash can” Mac Pro that has been around since 2013. This new addition to the Apple ecosystem is insanely powerful; the most powerful machine Apple has ever created. The new machine takes a 1.4 kW power supply which doesn’t even begin to destroy the confines that this Mac has broken in relation to the Mac operating system. This new machine is completely modular and the logic board stored within the machine is “built for configuration and expansion” according to Dan Riccio, Apple’s Senior VP of Hardware Engineering.

Additionally, he cheese-grader looking power house can run with up to 28 CORES!!!! This is an insane amount of power, and Apple claims this amount of power can be run at full volumed frequency at a consistent rate with no constraint. If this isn’t enough, there are 12 DIMM slots that can be filled with up to 1.5 TERABYTES of RAM!!!! This is an insane amount of computational power for a machine running MacOS.

Apple has also created a new MPX module that goes into the machine which supplements the optional expansion of two GPU’s running alongside this module. This combination makes what Apple claims to be “the world’s most powerful graphics card.” To go along with these incredible graphics updates, Apple has created an accelerator modulation piece called Afterburner which, when used with the Mac Pro, can run 3 concurrent streams of ProRes RAW 8K of 12 Streams of ProRes RAW 4K. This is jocular yet amazing considering the limited amount of monitors that even support true 8K. When using this card in conjunction with Final Cut Pro or really any other video editing software, there is no need for proxy workflows or compressed video clips whatsoever because of the speed the card delivers.

To go along with this beast of a machine, Apple has also developed an insanely powerful 32-inch 6K monitor using what they refer to as “extreme dynamic range”. This monitor has over 20 million pixels running concurrently, and using these monitors in conjunction with the new Mac Pro, you are able to hook six of these monitors up to the computer using just Thunderbolt cables!

ALL of this comes at a cost though… and that is equally as ridiculous as the power. The base model for the new Mac Pro with just 256 GB, 32 GB of Ram, and standard graphics is more than $6,000 after taxes. The Pro Display XDR is near $4999, and the stand for said monitor is $999 with the optional VESA mount costing $99.

With that being said, if you wanted to buy a 6 monitor display using only products announced at this conference in the cheapest possible manner, the price point would be around $36,600 before taxes, and that is assuming you already have wall stands for the VESA mounts… so yeah it is pretty ridiculous. And that price point isn’t even worth it if you want a legitimately powerful computer… you could get a maxed out MacBook Pro for less than $6,000 with a lot more storage and graphics power.

The details about iOS 13 were discussed at WWDC ’19 as well. The new iPhone operating system features a new dark mode, an updated and more human sounding voice for Siri as well as a new sign in system that ensures painless encryption handled by Apple for third-party websites and companies. Details in the podcast episode.

That’s right! Apple has officially separated, then rebranded a new branch of iOS into “iPad OS” which now offers new support for multitasking in apps such as notes and Microsoft Word. Additionally, there is new support for USB thumb drives and flash drives which takes advantage of Apple’s new APFS system which they brought to iOS last year.

There is also new support for a secondary display with iPad as you now can connect your iPad as a display wirelessly or not wirelessly and integrate Apple Pencil into the creative design process with apps like Final Cut Pro and Photoshop.

Let me know what you think about all of these cool new products and services Apple recently announced!