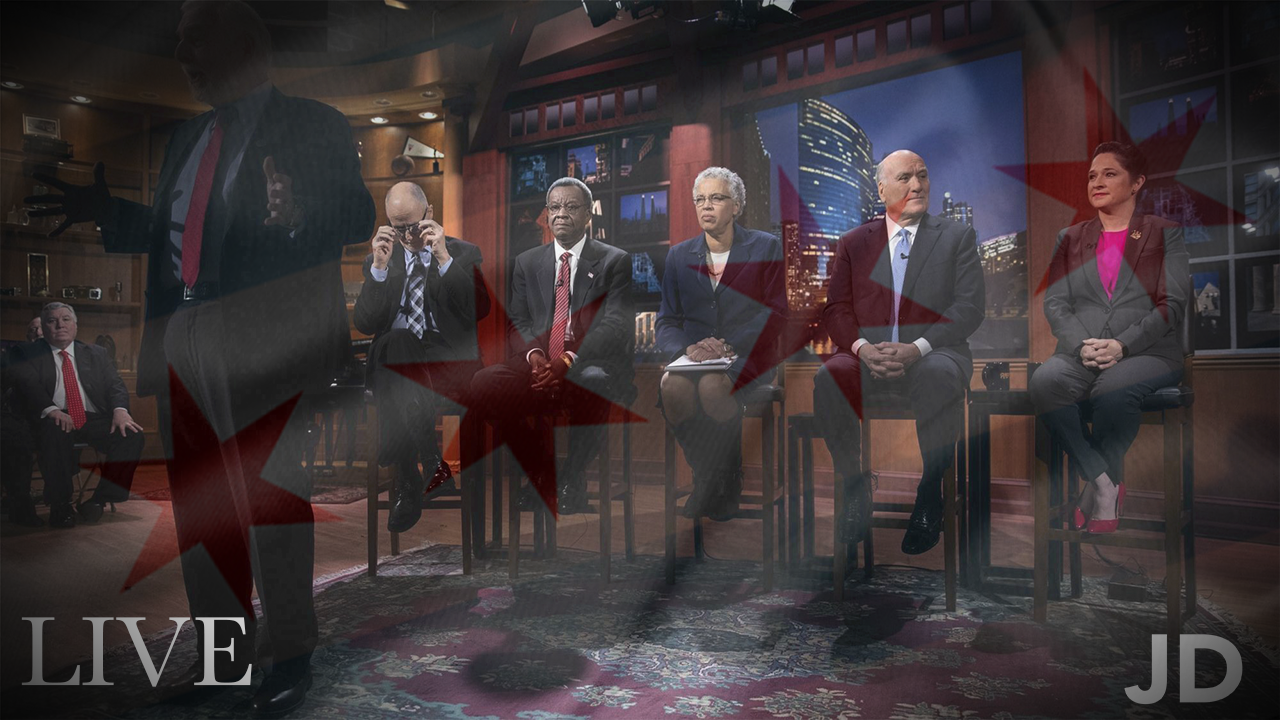 First of all, it is important to establish who is still in the race as there is a record-setting number who remain. Those being, Gery Chico, Bill Daley Amara Enyia, Bob Fioretti, La Shawn Ford, Jerry Joyce Jr., John Kozlar, Lori Lightfoot, Garry McCarthy, Susana Mendoza, Toni Preckwinkle, Neal Sales-Griffin, Paul Vallas, and Willie Wilson.

It depends on how you define it. In terms of financial contributions, Bill Daley is leading by a lot. According to the mandatory quarterly report campaigns have to release, Daley has raised just over $8.65 million in funds after announcing his bid in mid September. A relatively large portion of these dollars have come from the richest man in Illinois: Ken Griffin, who “after careful consideration” endorsed Daley stating he agreed with him on many of the solutions to Chicago’s problems.

Second in financials is Toni Preckwinkle who has raised more than $4.5 million dollars in campaign funds. The Cook County Board President has faced widespread criticism about her relationship with former Cook County Assessor Joe Berrios who was involved in property tax scheme he oversaw which seemed to benefit the rich and discriminate the poor. Of course, Berrios is no longer in office; he has since been replaced by Fritz Kaegi, but Preckwinkle continues to stay loyal to retired Berrios and continues to receive criticism for it! This stance, specifically is even brought up in the forum.

Third, fourth and fifth are Gery Chico, Jerry Joyce Jr, andSusana Mendoza; one of which was featured at The WTTW Forum. Chico preaches he wants to bring new ideas to increase public safety and foster economic security. Joyce, who seems to be slacking in the polls at the moment says his main goal is to make neighborhoods safer and better. And, finally, Suzana Mendoza, the Illinois Comptroller says she wants to make Chicago a better job-creator by prioritizing education and encouraging entrepreneurship.

As of Friday afternoon, over 60,000 Chicago residents have successfully casted their early votes for the mayor’s office with a projected 500,000 to vote in total. The general election goes down Tuesday, and analysts are saying it will most likely be a runoff between the two front-runners this time around: Bill Daley and Toni Preckwinkle.

The general election takes place Tuesday, February 26 and beginning at 7:00 PM CST, The Jay Doherty Podcast will have LIVE Coverage of the race and outcome. As with nearly all elections, there is no way to easily predict how long it will take for the outcome to be revealed. It could either end at 8:00 PM or go on until 2:00 AM.

For episode 76 of The Jay Doherty Podcast, I was LIVE at The WTTW Mayoral Forum!

More to come on this story… Check back soon.

Read this story on The Doherty Files.