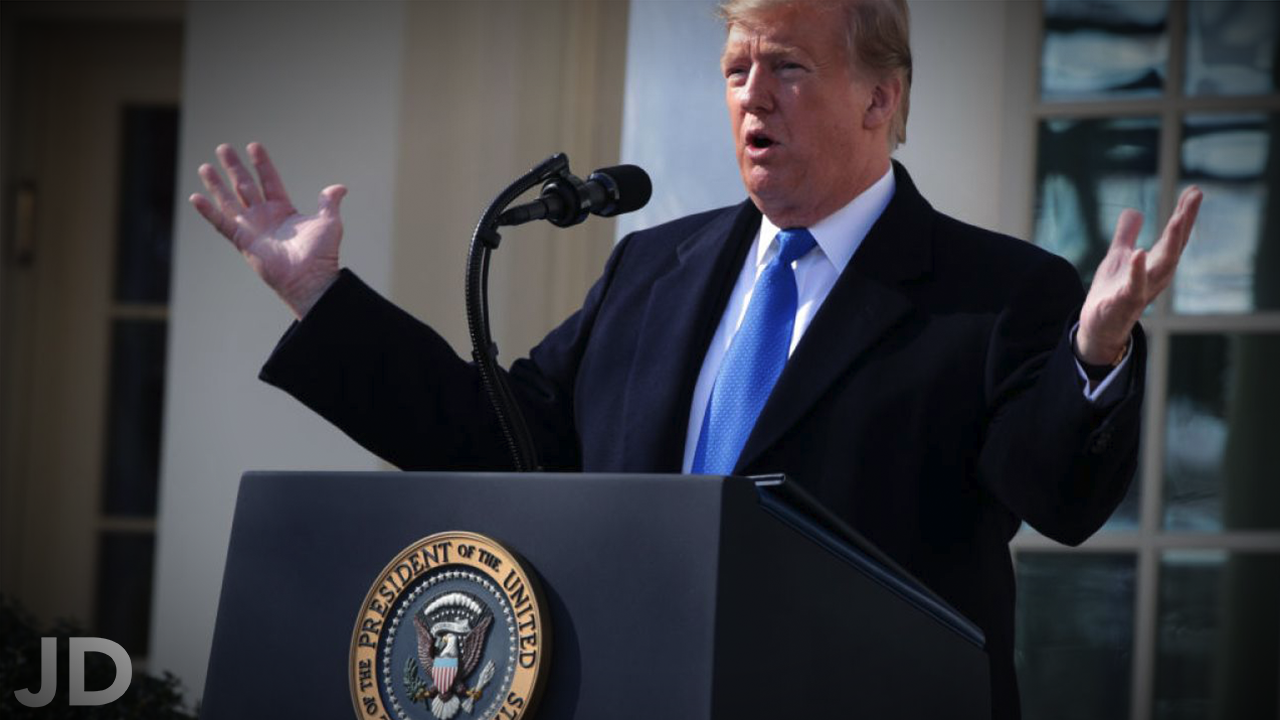 United States President Donald J. Trump stated he is going to declare a national emergency Friday, February 15; the deadline to solve his so-called crisis at the border.

As covered specifically in the audio, he mentioned he is going to receive a large amount of funding for the border wall to fulfill his campaign promise.

Mitch McConell, the Republican Majority leader stated that he is going to sign the bi-partisan bill for $1.375 billion dollars for the wall, but he is also going to declare a national emergency and pull a large chunk of money out of The United States Department of Defense.

This is a breaking story with updates to follow. Check back later to learn about any new developments and/or sign up for the newsletter.

Read this story and others on The Doherty Files

It’s now official! Trump is going to resolve a small portion of his border security issue by signing this bipartisan bill put forth by congress!

“It’s not doing the trick”

“It’s not doing the trick” said Trump after a Cabinet meeting in Washington.

He continues to be very stubborn with this deal even against his conservative colleagues. Collectively, Republican lawmakers are urging trump to sign the deal which would immediately dispense with the need for another government shutdown.

Specifically, he said he was unsatisfied with the number 1,375,000,000. This is the proposed amount of money that democrats and republicans settled upon. Trump wants $5.7 billion dollars, but he’s not officially taken the democrats settlement off the table.

With that being said, he wants to add more things to make the deal more appealing to both Democrats and Republicans. He said he wants to “add things”. This seems standard practice but he is specifically saying he does not want to subtract things.

“It’s sad” the President said after reflecting on the long progress both democrats and republicans have made to achieve a totally opposite outcome. Trump outlined more vague plans to negotiate for the border wall.

He said he is taking measures to prevent another government shutdown on February 15. He said, if there is another shutdown, it will be the democrats fault.

This is a breaking story with updates to follow. Check back later to learn about any new developments and/or sign up for the newsletter.