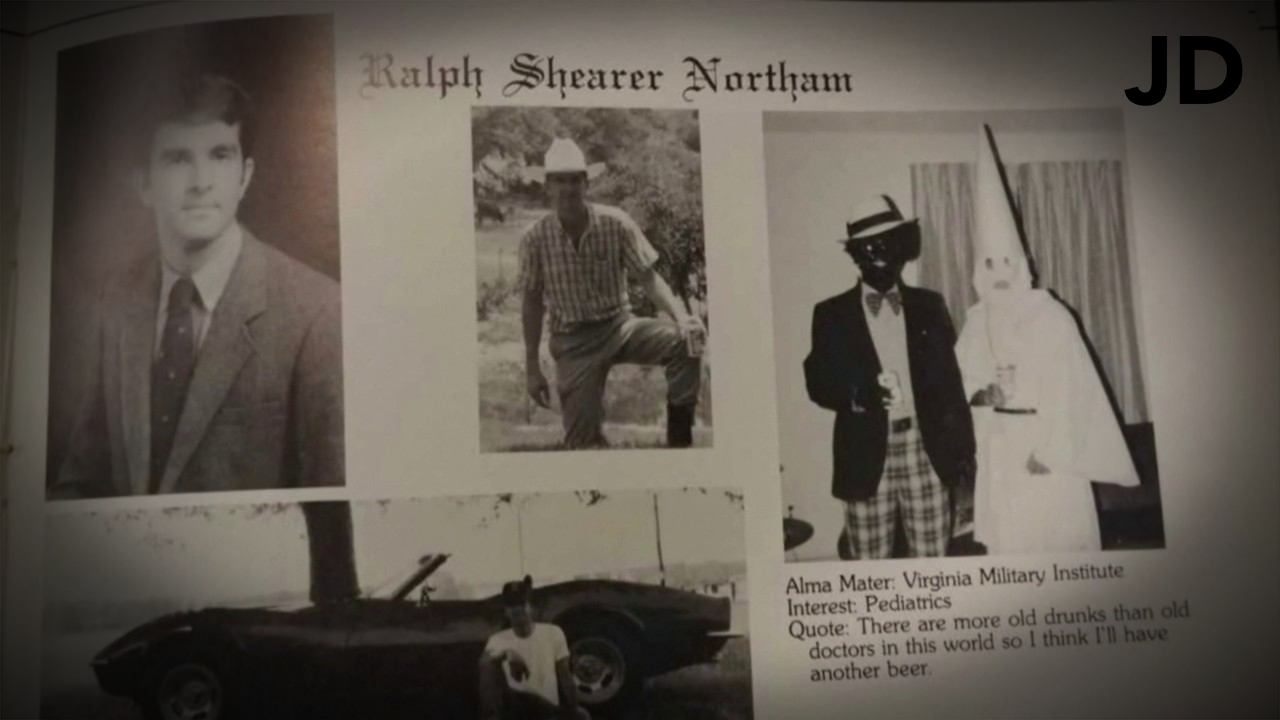 In the beginning, Mr. Northam outlined his main talking points and apologized for his previous actions. These actions, as outlined on The Doherty Files consisted of a picture of two men; one in blackface and the other in a KKK Robe.

Leading up to the conference…

Things changed when Governor Northam altered his original statement, by saying he was actually NOT in the infamous photo.

While this was a pretty vague statement, Northam clarified in his press conference today, which was covered live on episode 69 of TJDP.

The shocker was when VA Governor Northam said he DID in fact wear blackface on another occasion where he tried to resemble Michael Jackson.

Mr. Northam said he used “shoe polish” minimally under his eyes because “if anyone’s ever tried it, it’s hard to get off” he said.

Northam comically added he knew “how to do the moonwalk”. One reporter even asked him if he knew how to still today prompting his wife to tell him it’s not the right circumstances.