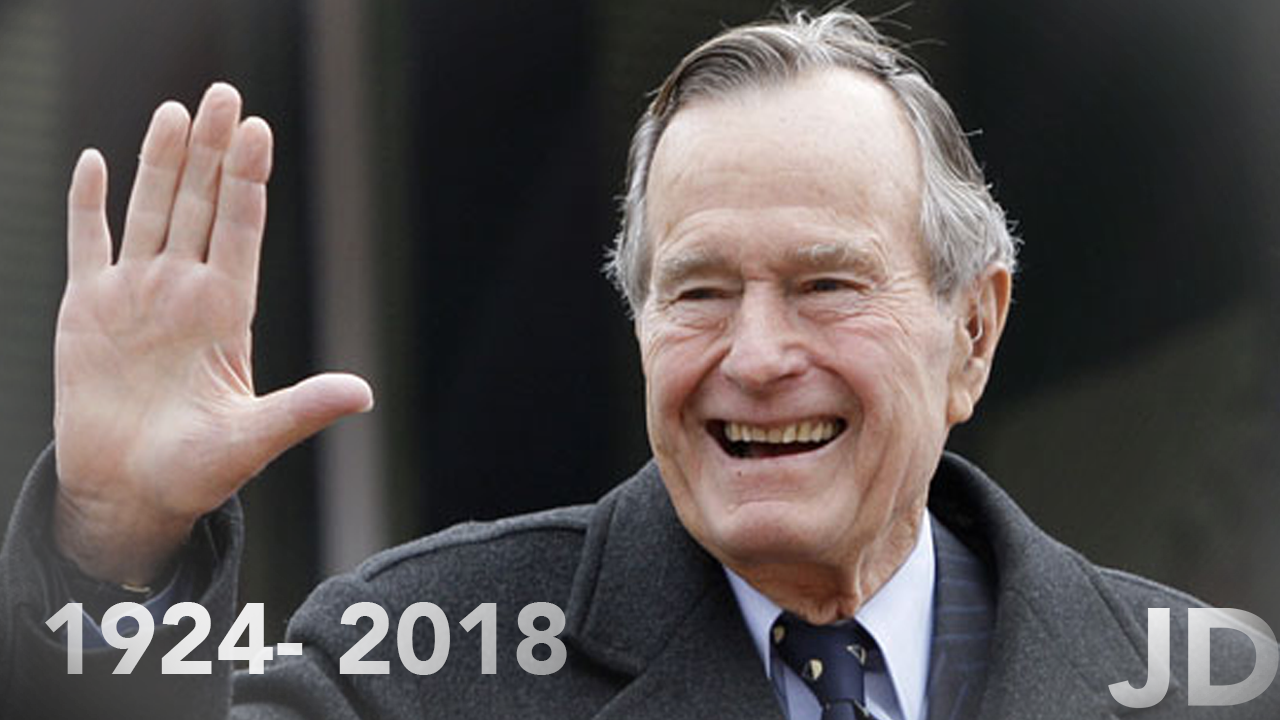 49 – The Death of Bush, The Pleading of Cohen, and The Greeting of Putin

The Death of Bush 41 was publicized and made known to the world last night. Former President Bush was known for his charm, authenticity, and general want to better The United States and the people within it. President Donald Trump formally recognized Bush’s death releasing a statement this morning saying

“Melania and I join with a grieving Nation to mourn the loss of former President George H.W. Bush, who passed away last night.Through his essential authenticity, disarming wit, and unwavering commitment to faith, family, and country, President Bush inspired generations of his fellow Americans to public service—to be, in his words, “a thousand points of light” illuminating the greatness, hope, and opportunity of America to the world. President Bush always found a way to set the bar higher.  As a young man, he captained the Yale baseball team, and then went on to serve as the youngest aviator in the United States Navy during the Second World War.  Later in life, he rose to the pinnacle of American politics as a Congressman from Texas, envoy to China, Director of Central Intelligence, Vice President of eight years to President Ronald Reagan, and finally President of the United States. With sound judgement, common sense, and unflappable leadership, President Bush guided our Nation, and the world, to a peaceful and victorious conclusion of the Cold War.  As President, he set the stage for the decades of prosperity that have followed.  And through all that he accomplished, he remained humble, following the quiet call to service that gave him a clear sense of direction. Along with his full life of service to country, we will remember President Bush for his devotion to family—especially the love of his life, Barbara.  His example lives on, and will continue to stir future Americans to pursue a greater cause.  Our hearts ache with his loss, and we, with the American people, send our prayers to the entire Bush family, as we honor the life and legacy of 41.”

Take a look at the statement here.

On this episode of the podcast, I talked about the letter he sent to Bill Clinton after conceding the Presidential race, and how he always thought that politics shouldn’t be mean.

The Pleading of Cohen was made official this Thursday as covered live on episode 48 of The Jay Doherty Podcast.  The reason he pleaded guilty was due to the fact that he blatantly lied in front of congress about Trump’s plan to build a Trump Tower in Moscow.

The Greeting of Putin was heavily discussed on social media, mostly due to the fact that it was a high-five/bro hug between two powerful world leaders. Saudi Prince Mohammad Bin Salman and Russian President Vladimir Putin each exchanged a high-five. Take a look at the video here.

Sign up for the newsletter to get latest political updates weekly right in your inbox: jay-doherty.com/newsletter

1 Reply to “49 – The Death of Bush, The Pleading of Cohen, and The Greeting of Putin”