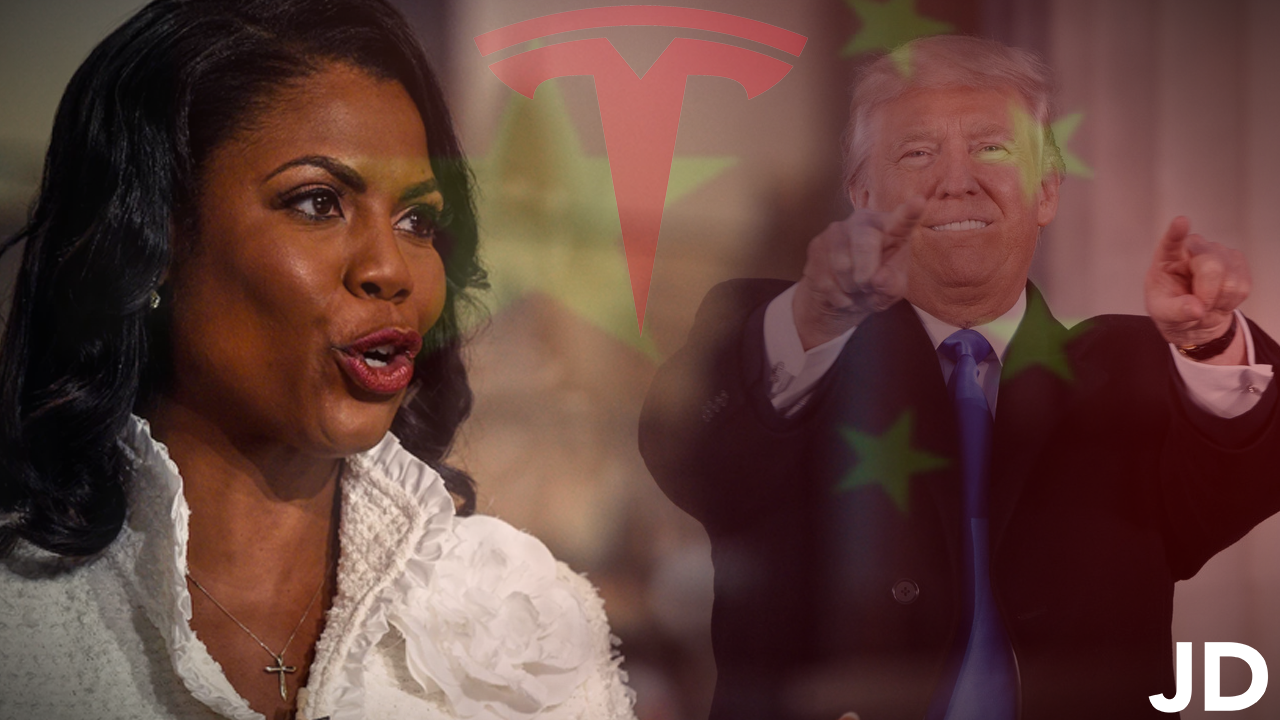 Stories discussed on this episode of TJDP:

President Trump decided to reschedule his long-awaited military parade to at least 2019 saying he will attend similar military parades at Andrews AirForce Base, and he only cancelled because of budget reasons.

However, according to some media outlets, it cost $92 Million just for the balloons. But… Secretary of Defense James Mattis quickly put that myth to rest saying that if you believe that, you must be smoking something that’s illegal in most states.

While this story broke last night, and I tweeted out this as soon as it was confirmed, it was only this morning when President Trump confirmed it personally on his twitter.

The local politicians who run Washington, D.C. (poorly) know a windfall when they see it. When asked to give us a price for holding a great celebratory military parade, they wanted a number so ridiculously high that I cancelled it. Never let someone hold you up! I will instead…

….attend the big parade already scheduled at Andrews Air Force Base on a different date, & go to the Paris parade, celebrating the end of the War, on November 11th. Maybe we will do something next year in D.C. when the cost comes WAY DOWN. Now we can buy some more jet fighters!

Chinese Military may be training troops to target U.S.

According to CNN, China is actively developing its fleet of long-range bombers and “likely” training its pilots for missions targeting the US, according to a new Pentagon report.

The “Annual Report on Military and Security Developments Involving the People’s Republic of China” is mandated by Congress directly submitted to the federal government details Chinese military developments over the previous year.
This year’s report also claims that China is pursuing a nuclear capability on its long-range bombers, saying the Chinese air force “has been re-assigned a nuclear mission.”
“The deployment and integration of nuclear capable bombers would, for the first time, provide China with a nuclear ‘triad’ of delivery systems dispersed across land, sea, and air,” the report said.
Omarosa releases new tapes.
According to The New York Times, “The tapes of Ms. Manigault Newman’s private conversations with Mr. Trump and other officials connected to him have rattled the White House in a way that few things other than the special counsel investigation into possible campaign collusion with Russia have. Mr. Trump’s aides have been concerned that they will make appearances on other tapes, of which Ms. Manigault Newman is believed to have as many as 200.”
Hundreds of news organizations are citing this article. And, as I’ve covered previously, The Trump Campaign, as an organization filed arbitration against Omarosa.
The leaked tapes referenced on todays show can be found below.
Elon Musk plans to take tesla private, but the methods of doing so are very unclear…

But.. if his plan succeeds, the new stakeholders will probably have a much louder voice inside Tesla than the analysts and short-sellers he despises today. They could conceivably demand changes or even his ouster.

Musk said he wants Tesla’s stock to be taken private at a premium value of $420 a share, but he also expects about two-thirds of shares now held in the publicly traded Tesla (TSLA) to maintain their current ownership.

That suggests at least 33% of the shares would need to be repurchased before the company could be taken private. That block of stock alone is more than Musk owns or could buy by exercising his options (his stock and options are equal to about 22% of Tesla’s oustanding shares).

And he doesn’t have a lot of free cash to make significant additional purchases, as most of his non-Tesla net worth is tied up in his other company, privately held SpaceX, according to Gene Munster, managing partner at Loup Ventures and a top tech analyst.      – CNN’