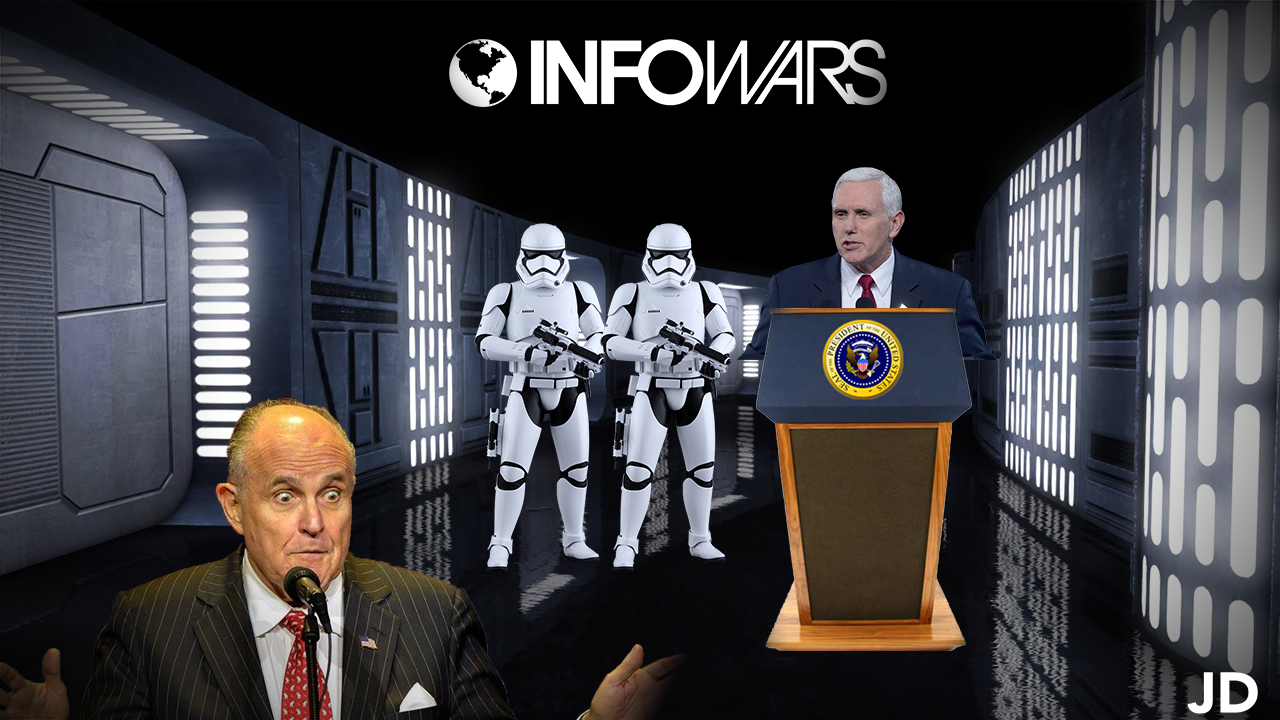 Giuliani says there was no conversation about Michael Flynn between him and Comey.

Earlier this morning, Jake Tapper had the distinct pleasure of interviewing Rudy Giuliani, former New York Mayor and Donald Trump’s lawyer. In his response to Tappers first question, he said “There was no conversation about Michael Flynn. The President didn’t find out that Comey believed there was until about, I think, it was February when it supposedly took place. Memo came out in May. And in between, Comey testified under oath, in no way had he been obstructed at any time.”

However, there were many contradictions regarding this statement. Especially on ABC This Week with George Stephanopoulos. For that interview, click here

Last night, Jimmy Kimmel mocked Mike Pence’s speech regarding the announcement of The United States Space Force,  CGI Stormtroopers were inserted beside Pence to ridicule this sci-fi like title.

On episode 21 on The JDRC Politics Podcast, I edited a best of Alex Jones with sad music to replicate a memorial-like setting, all of course in good fun.