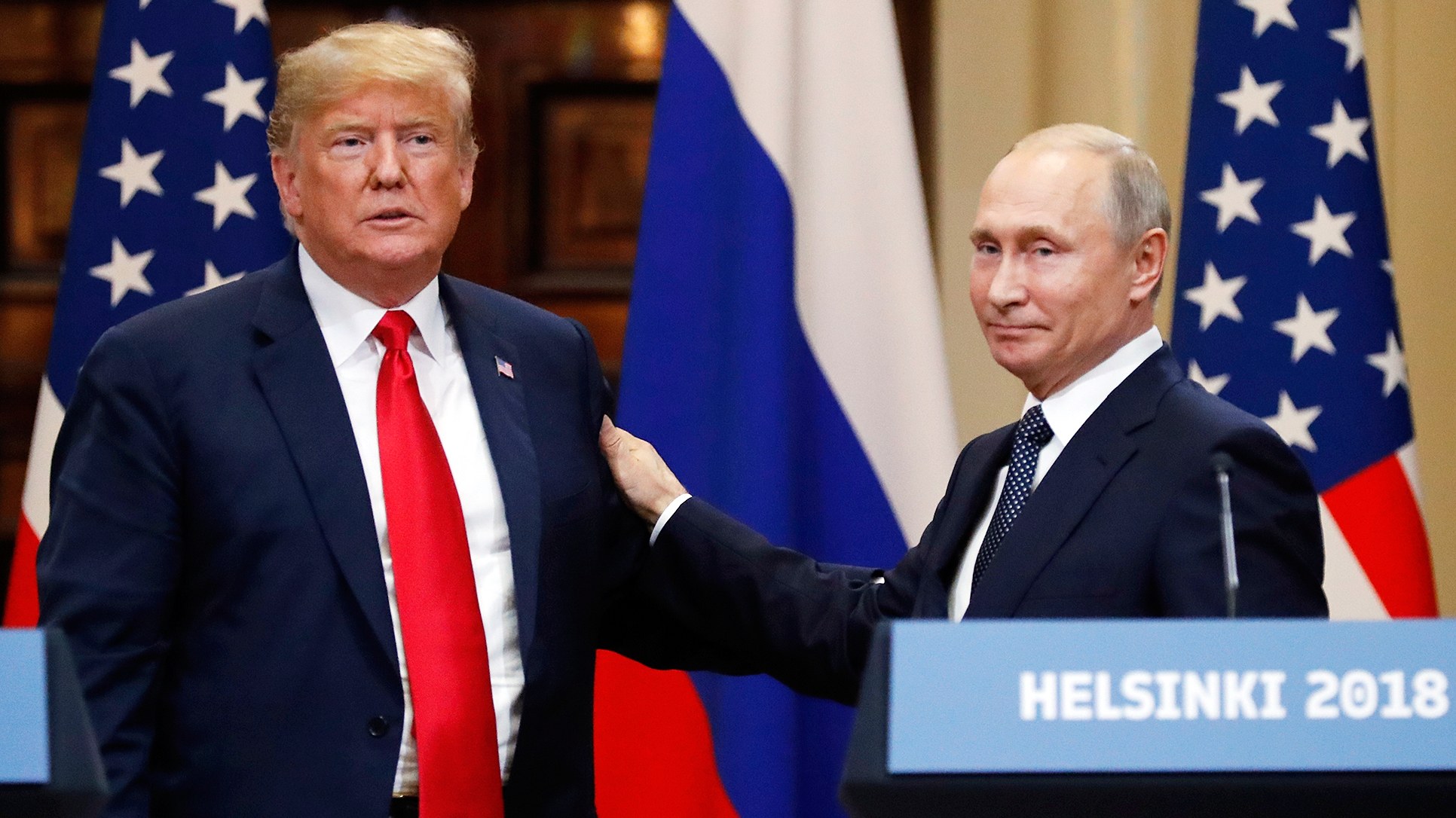 President Donald Trump said on Wednesday he holds his Russian counterpart Vladimir Putin personally responsible for Moscow’s attempts to interfere in the 2016 US election. In an interview with CBS News, Trump said he would consider Putin the culprit because he’s Russia’s leader. The White House was once again attempted to clean up their slight mistakes in commentary Wednesday when Trump said “no” when a reporter asked him if Russia was still targeting the United States. Press secretary Sarah Sanders later claimed Trump was saying “no” to answering questions, not to whether the Russians are targeting the US. Perhaps just a misunderstanding, but what was not a misunderstanding was when the question was forwardly asked to White House Press Secretary Sarah Huckabee Sanders today, July 18 at around 2PM Eastern Time in the White House Briefing Room.

Last week, the Papa John’s founder resigned after he admitted to using the N-word on a conference call with marketing agency Laundry Service.

In his letter, he said Laundry Service wanted to hire rapper Kanye West to represent Papa John’s in advertising materials, but Schnatter wasn’t on board with the idea because West uses the N-word in his lyrics. Schnatter claimed the agency asked if he was racist, and he used the N-word in describing how KFC’s Colonel Sanders used to talk. Schnatter said he wouldn’t ever use that word — although he just had. Mr. Schnatter wrote a letter to his fellow board members, saying, among many things in his closing paragraph, “I am confident that an examination of the facts will bear out what I have written in this letter and show that once again our company has demonstrated that it does not know how to handle a crisis based on misinformation. I will not allow either my good name or the good name of the company I founded and love to be unfairly tainted

The new $399 product from Microsoft weighs just over a pound and is only ten inches. From a marketing standpoint, this product is aimed at almost all Microsoft Users. It runs the latest Windows 10 S software. It has a detachable keyboard and supports the Surface Pen. It also offers a few features aimed at students, similar to Apple’s new iPad. Also,  Portrait mode renders pages much like a textbook and landscape mode renders them side-by-side like an open book. From an expert’s point of view, .P. Gownder, vice president at research firm Forrester, sees the Go’s small size and Windows operating system as appealing to businesses saying “It equips mobile workers with a very light weight device that’s extremely manageable and secure, and runs business applications in Windows,” and expects competition to run high with the iPad.

Boeing is building a new $3.9B Air Force One

BOEING WILL RECEIVE $3.9 billion to build two new aircrafts to use as Air Force One planes to serve the president of the United States.

The Department of Defense made the announcement on its website Tuesday, stating The Boeing Company was awarded a firm-fixed contract for “engineering and manufacturing development, to include detailed design, modification, testing, certification and fielding of two presidential, mission-ready 757-8 aircraft.” The work will be done in San Antonio and is expected to be completed in December 2024, according to the statement.

The agreed upon deal comes after then-President-elect Donald Trump criticized the original $4 billion contract with Boeing for two new planes in December 2016. Although President Trump said, on December 6, 2016 “Boeing is building a brand new 747 Air Force One for future presidents, but costs are out of control, more than $4 billion. Cancel order!” he now seems to approve of the deal.

This episode of The Jay Doherty Podcast was affiliated with Blubrry. Click here to learn more OR use promo code JAYDOHERTY at checkout for one month free. Here are some of the awesome features you can get with Blubrry!

Now, all of The Jay Doherty Podcast Episodes will be broadcasted live both on my YouTube channel and also on my website. All live streams will take place on Friday at 6:30 PM and Saturday at 2:00 PM. Schedule subject to change. Sign up for my newsletter for alerts.

I Appreciate Your iTunes Reviews!

If you have ever looked into the algorithm iTunes uses to filter popular podcasts, then you know just how valuable leaving a 5 star rating and/or a written review can be to a content producer.

I am so incredibly thankful to those who have recently gone into my listing in iTunes to provide a five star rating and a written review of The Jay Doherty Podcast.

Leave feedback about me and my show by clicking here.